You are here: Home1 / Services2 / News3 / Celebrate the Success: Daniel

The overall goal of Adult Mental Health Case Management Services is not only to help individuals to access needed services, but to ensure that services are coordinated among all agencies and providers.  The case management team provides services in the community including in the individual’s home, place of employment, shelter, on the streets, in residential settings, and elsewhere; we seek to meet people where they are.  For many clients, this service is vital to guiding them on their individual path of recovery. 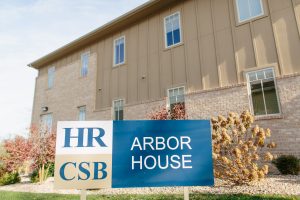 Daniel, a former case management client, first started experiencing symptoms in his early 20s.  They started as mild hallucinations, and eventually increased to the point where Daniel lost his job, and family relationships were severed. Daniel was kicked out of his mother’s house where he had been most recently living, and after a divorce and Daniel’s increasingly erratic behavior, his ex-wife did not allow him to see his kids.

After his second psychiatric hospitalization, Daniel was feeling hopeless.  He was struggling daily with hallucinations, delusions, and suicidal thoughts; he had no income, was homeless, and staying at a shelter.

Daniel came to the CSB for an intake, and was connected to Mental Health case management and a psychiatric prescriber with CSB’s medical services.  Through these connections, Daniel started on his road to recovery.

Daniel started to learn about his symptoms and illness, about his medications and how they worked.  He benefitted from stays at the CSB’s Arbor House Crisis Stabilization Unit to further his knowledge of coping skills.  With the support of his prescriber, Daniel found an injectable medication that has drastically reduced his symptoms to a manageable level.  With the support of case management, Daniel obtained health insurance and was able to apply for and has been awarded disability income.  Daniel has mended relationships with his family and has been able to see his children more regularly.

Life As We Know It Celebrate the Success: Edwin
Scroll to top