Picture it: A group of people get together to use opioids. One person has too much and overdoses.

It’s not easy to call for help in that situation, but officials at the Harrisonburg-Rockingham Community Services Board want to make sure there’s a lifeline.

“When people are using together, it’s pretty scary then to call the police,” said Ellen Harrison, the CSB’s executive director.

In the coming weeks, the CSB, one of three agencies partnering with the Central Shenandoah Health District, will participate in a pilot program to provide free naloxone, a drug used to reverse opioid overdoes, and training on how to use it properly. 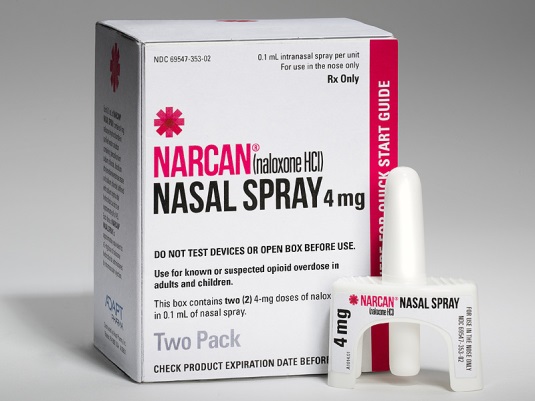 Naloxone, also known by the brand-name Narcan, is a nasal spray that can restore breathing and reduce the effects of opioid overdoses.

A statewide public health emergency was declared in November. While Harrisonburg and Rockingham County haven’t been hit hard by the growing opioid problem, the region hasn’t been spared its effect.

At least six overdoses — four fatal — hit the central Valley in January, including a fatal heroin overdose in Harrisonburg.

Harrison said it’s hard to pinpoint the number of cases in the area because they’re not always reported.

“Right now, the only way we can measure it is the people who are willing to call the rescue squad,” she said, “which is not always the case with substance abuse.”

The program is in response to the public health emergency declared in the state.

The Harrisonburg-Rockingham, Valley and Rockbridge CSBs are partnering for the pilot program. Tracy Koblish, a substance abuse case manager at the CSB, said there are 400 doses of naloxone spread among the three agencies, which are distributed on a first-come, first-serve basis.

While the drug is available at pharmacies and may be covered by insurance, Koblish said it can cost more than $140.

The local CSB plans to hold up to five training events, each which can take 20 to 25 people.

The first will be April 13 at 3 p.m. at the CSB, 1241 N. Main St., Harrisonburg. Koblish said officials hope to hold events in Elkton, Fulks Run, Briery Branch and Dayton, but haven’t secured a site.

Once a schedule is set, it will be posted on the CSB’s website, https://www.hrcsb.org/. The sessions will last around 45 minutes to an hour.

Koblish said attendees will learn about the history of the drug, how to recognize the signs of an overdose and how to administer the drug.

Harrison said residents who receive the drug and use it should call the Department of Health to report the use and where they received the drug. She said reporting usage will verify a need for it.

“We really want to substantiate the need in our community,” she said.

Potential attendees can register by calling Koblish at the CSB at 434-1941.