You are here: Home1 / Services2 / News3 / Celebrate the Success: Henry

Mental health recovery is less of a destination and more of a journey; at least that’s what most individuals with lived experience will tell you.  The guiding principle of recovery for most is hope, or the belief that a meaningful life is possible despite the illness.  For many, the concept of recovery is about staying in control of their life, despite experiencing a mental health problem. Putting recovery into action means focusing care on supporting recovery and building the resilience of people with mental health problems, not just on treating or managing their symptoms.   The mission of the Department of Behavioral Health and Developmental Services (DBHDS) in Virginia is “Supporting individuals by promoting recovery, self-determination and wellness in all aspects of life. “

The journey of recovery can be long with many twists and turns along the way.  In order to maintain the hope, it’s necessary that the supporters of those experiencing mental illness embrace the small steps and successes.   This is true in the recovery journey of Henry. 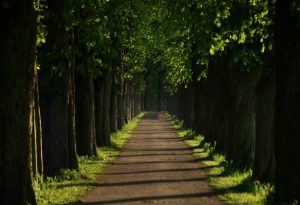 Henry was raised in Laos and still has family in Thailand.  Henry began receiving services at Harrisonburg-Rockingham Community Services (HRCSB) after a string of hospitalizations.  Henry lives with symptoms of schizophrenia, including paranoid thoughts and auditory hallucinations, which make activities of daily living extra challenging. For nearly 17 years Henry lived in residential services provided by HRCSB.  Supervised residential services are designed to provide a safe and structured environment for individuals to learn daily living skills and maintain a level of independence in the community without being hospitalized.  A little over a year ago, Henry told his treatment team he was ready to move out on his own.  This revelation was met with cautious optimism.  He had lived with residential so long, could he live on his own?  He also expressed some healthy nervousness about the idea of being completely independent.  He was referred to mental health skill building service to help him make the transition from 24 hour care, to independent living.  This provider, along with his case manager, supported him in finding an apartment, filling out the application, learning the transportation system, and providing him a schedule to attend the psychosocial day program.  Despite his worry, the team rallied behind his motivation to take the next step in living a meaningful life.

Henry reflects on his time in residential services saying the service helped teach him to cook, clean, and take care of his medications, which were key to successfully living independently.    Henry is most proud of skills he learned throughout his time in services and the relationships he gained with others, in both residential and psychosocial experiences.  Over the course of the year there have been ups and downs for Henry, but by all accounts his transition to the community has been a successful step in his recovery.

Henry’s journey is just one success that is reflective of the mission of DBHDS and HRCSB.

HRCSB was able to create possibilities and hope for him towards a fulfilling life.  Many years of using services cultivated a sense of self-determination towards more independence, and HRCSB supported and continues to support Henry in his journey of wellness.